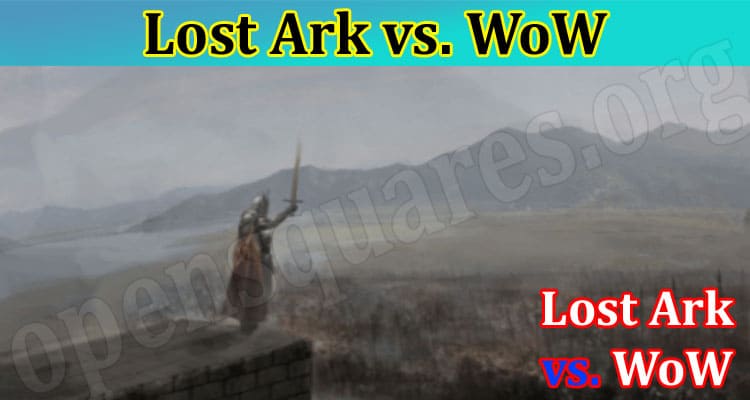 Lost Ark vs. WoW: World of Warcraft is still considered one of the most popular MMOs on the planet. However, World of Warcraft has seen a decline in players. A lot of players feel that the game is slowly being ruined as time goes on. The player base is split with many moving to World of Warcraft Classic. Having said that, the game is probably not going anywhere anytime soon. There is some competition in the MMO genre though.

Lost Ark is the new kid on the block, and it already has a massive player base. This game had a lot of hype surrounding it. Lost Ark already had a following due to it being released in South Korea a few years ago. American players were anxiously waiting when they could get their hands on it. Lost Ark features unique classes and fast-paced combat. Casual players will find that more exciting, but more on that later.

So which game is worth your time? Well, that depends on a couple of things because these two games are quite different. Lost Ark and World of Warcraft are catered to two different audiences.

Let’s compare the two and see which one is right for you.

Let’s start with the big one that sets these two MMOs apart. World of Warcraft costs money. Not only do you have to buy the game and any expansion that you want, but you also have to pay a monthly subscription fee. World of Warcraft has a free-to-play option as well. But you can only play to level 20. After that, you will need to pay $15 a month. World of Warcraft has been introducing more microtransactions. Items like armor sets and automatic boosts to Level 60 can be bought, as well as other items.

Lost Ark on the other hand is completely free. However, this game has a large number of microtransactions as well. These microtransactions are mostly cosmetic, but some do provide some small buffs and extra stats boosts. For example, legendary Lost Ark skins can increase some stats. For the most part, you can experience everything Lost Ark has to offer without spending a dime. You will earn Lost Ark gold throughout your quests to help get more Lost Ark items. But players who spend money will have better gear.

If both Lost Ark and World of Warcraft were playing side by side, you will see Lost Ark is a much faster-paced game. World of Warcraft is on the slower side, from the combat to leveling. Players who like old-school MMOs similar to Everquest know what to expect from World of Warcraft. A lot of spells have cast time and while it is casting you can’t move, or it will be interrupted. It can make you feel like you aren’t engaged in fights.

Lost Ark is an MMO that plays similar to Black Desert with an isometric view. The game being so action-packed is what a lot of the players looked forward to. Lost Ark’s combat is about quick movement and flashy skills. This is the exact opposite of World of Warcraft. There are quite a few skills that have mobility, and most skills are quick to cast, meaning you aren’t standing still waiting for the skill to come out.

World of Warcraft has 12 classes in total. However, some classes have race restrictions. Depending on what race you choose, you may or may not be able to use what race you want. Other than that, each class is fun and unique from one another. All classes have 3 specializations, that offer different playstyles. With race passives added into the mix, there are a lot of combinations that you can make.

Lost Ark has 17 classes in total. All classes are unique and have their own skills as well. Also like World of Warcraft, classes have specialization to tailor them to your playstyle. Humans are the only playable race in Lost Ark. However, some classes are gender-locked. If you like to play as a certain gender, then you might be upset if you choose a class only for it to lock out a gender.

In short, what game you play depends on what type of player you are. If you prefer more old-school MMOs like Everquest or Asheron’s Call, then World of Warcraft is for you. Even though WoW is technically an old-school MMO. Lost Ark is for players who want a fast-paced combat-focused MMO. It is also free, so there isn’t any reason to not try give it a try. In the end, both games are great and the only way to find what is best for you is to try them both out.

What MMO do you prefer? Lost Ark or World of Warcraft? Let us know in the comment section.