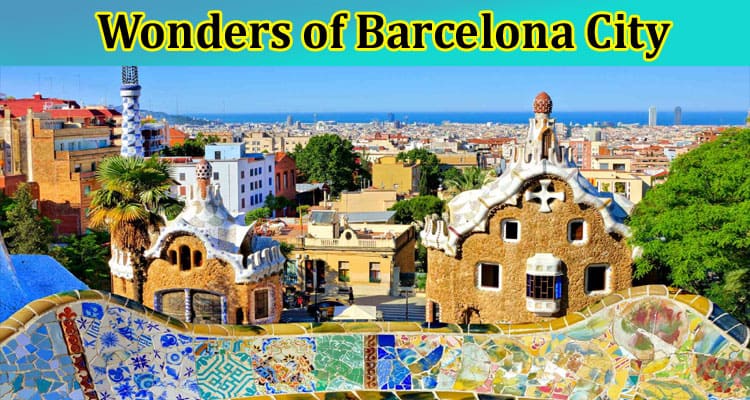 Barcelona, a Mediterranean city in Spain, is a well-liked travel destination. Barcelona is one of the most exciting cities to visit when on vacation, offering year-round sunny weather, delectable local cuisine, and ageless art. There are so many things to do in Barcelona! Barcelona is a mecca for all things enjoyable, thrilling, and adventurous thanks to its iconic architecture, museums, galleries, beaches, shopping, and vibrant nightlife. Here is a comprehensive list of the top things to do in Barcelona for each type of traveler.

The Barcelona Aquarium, a cutting-edge educational facility and well-known tourist destination, is home to a staggering array of Mediterranean marine life. The aquarium displays some of the rarest marine life from all around the world within its vast facilities, housing up to 450 different species in more than 35 exhibits.

In contrast to many other aquariums, L’Aquàrium Barcelona in Port Vell also features a “shell display” and a distinct section for extreme ocean life, drawing crowds throughout the year. Children’s and adult sections coexist in the Barcelona Aquarium. So, if you ever get tired of browsing, slip into the children’s area for some intellectual reviving! The extraordinary Barcelona Aquarium will introduce you to a staggering 11,000 marine sea animals dispersed in 35 tanks, each of which was particularly created to fit its region. Eels, rays, sharks, and several endangered species from all over the world are among them. Explore the seven areas (or aquariums) that are dedicated to tropical marine life. Utilize the breathtaking top experiences we’ve listed below to get up and personal with sharks.  Get your Barcelona Aquarium Tickets today to escape the often 1-hour lengthy line and the hot Mediterranean weather.

At the base of Montjuic hill, Poble Espanyol, which is Catalan for “Spanish Village,” is a lovely mash-up of Spanish culture and architecture sprawled over 50,000 square meters. Poble Espanyol Barcelona is where you can get a full taste of Catalan culture without having to visit the whole country, giving you a large drink of Spanish cultural sangria.

The houses in this outdoor museum, which consists of 117 structures representing 33 different regions of Spain, are extrapolated from real Iberian villages and brought to the center of Barcelona. You may travel to an Andalusian neighborhood in one stretch of Poble Espanyol’s pedestrian-only streets and squares, and the Balearic Islands are only a few steps away.

Their goal of recreating and showcasing the friendly atmosphere of Spanish villages in all of their wonderful splendor was accomplished with tremendous success, garnering accolades and awards. Despite being scheduled for demolition after the Exposition, the town has survived to the present day due to its popularity. Poble Espanyol Barcelona is now one of the most sought-after tourist destinations in the city because of its lively atmosphere and array of activities for both adults and children, including museums, shops, craft and art exhibits, modern installations, a kids’ play area, and more. You are granted access to Poble Espanyol Barcelona with this basic ticket. The Poble Espanyol Ticket entitles you full access to all areas of Poble Espanyol Barcelona as well as admission to the Feeling Spain exhibition and the Fran Daurel Museum. You can purchase your tickets up to four months in advance. To enter, provide a printed copy of your tickets to Poble Espanyol.

Check out the Sagrada Familia

The Sagrada Familia is Barcelona’s must-see monument, one that practically every city possesses. The beautiful work of art by Antoni Gaud has been in progress for more than 130 years and is yet unfinished. The church, however, is far from being a building site, with two imposing facades adorned with beautiful stone carvings, towers that sparkle with gem-like tiles, and an interior dotted with tree-like columns that rise upward into the canopy roof.

The building was initially planned to be finished in time for the 100th anniversary of Gaud’s passing in 2026, but that deadline has since been postponed, despite the fact that work has resumed. Millions of people visit the Sagrada Familia each year because of its exquisite exterior. The Sagrada Familia’s interiors, though, are just as magnificent.The church’s columns, which are formed like tree trunks and climb to the ceiling, provide the appearance of a towering forest canopy, while the coloured glass windows produce an amazing kaleidoscopic image. The furnishings really give you the impression that you are in God’s presence. There is a lot to see inside the basilica, just like the rest of it.

With its spiral towers that resemble fairground slides and Barcelona’s famed mosaic lizard, which is seen in Park Güell, the environment is almost surreal. Eusebi Güell, a businessman who gave the park its name, and Antoni Gaud collaborated to create the largest park in the city. It’s critical to be aware of your ticket alternatives. You can enter the park for free, but not the best areas. For that you need a Monumental Cove ticket. Know that you need to book in advance online, and arrive promptly for your allotted slot—there’s zero wiggle room with timing.

Discover how nature and design coexist on this guided walking tour of Park Guell. With this ticket, you can enter Park Güell without waiting in line and tour the area, which was once a housing development but is now a UNESCO World Heritage Site. Learn about the background and specifics of Gaudi’s masterpiece while touring the city’s top sights like the Hypostyle Room, the Greek Theater, the Austria Gardens, and more with a knowledgeable local guide. There are tours available in English, Spanish, German, and French.