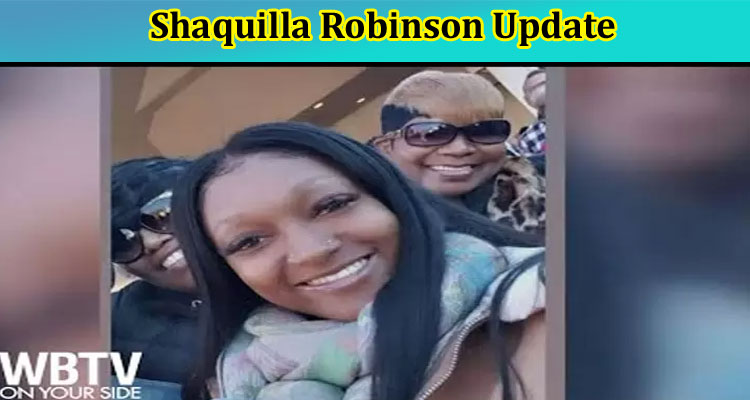 Has some arrest been made in the Shanquilla Robinson murder case? Are Daejanae Jackson and her five associates responsible for Cabo killing? Mexican authorities are probing this death as a homicide after an autopsy report revealed that her neck and spine were broken. This incident has shocked residents of the United States, and netizens are seeking justice in the Robinson murder case.

Social media and autopsy reports have played a great role in reopening the case, previously seen as death due to liquor poisoning. Shaquilla Robinson Update attempts to bring the latest development in Cabo homicide.

What is the recent development in the Cabo Resort Murder case?

Mexican authorities got into action and declared the Shanquilla death homicide and issued an arrest warrant for one associate of the deceased girl. Some videos have surfaced on social media, and police are taking them as clues to arrest the culprit.

Mexican authorities and the United States investigating agency are tight-lipped in this case and looking for conclusive evidence. According to the Mexican prosecutor, one friend of Robinson was extradited to Mexico, and one arrest has been made in this case.

Daejanae Jackson is one of the friends of Shanquilla, who accompanied her along with five others on the Cabo, Mexico trip on 28th October 2022. A video surfaced on social media in which Daejanae was seen beating Robinson. Many netizens are also questioning the gender of Jackson and want police to put her with male prisoners.

Shanquilla’s parents were told that their daughter died of liquor poisoning on 29th October 2022, a day after she landed in Mexico. The Autopsy report revealed that her neck and spine were broken, and Robinson died fifteen minutes after the assault. A video of a fight between Robinson and Daejanae surfaced on the internet in which Jackson was seen assaulting Shanquilla. (checkout it in conclusion)

According to the Mexican prosecutor, Robinson died due to aggressor assault, and it is a clear case of homicide. The video on the internet appears to be blurred, and it is difficult to derive any conclusion from it. The Story of the Shanquilla murder case is getting more complicated after each passing day.

Khalil Cooke is a close family friend of Robinson for five years and he mostly accompanied the family on vacation trips. Cooke called Salamondra from Mexico on 29th October and said that her daughter was ill due to liquor poisoning.

All the friends of Robinson visited Salamondra before the autopsy report and narrated different stories to her. Salamondra became suspicious and asked officials to re-open the case. The video of Shanquilla and Jackson’s fight appeared at the same time, attracting social media attention. Shanquilla viral Friends Video, her family’s outcry, and a social media campaign led to the reopening of the case by the FBI.

People are outraged and suspect Shanquilla’s close friends have betrayed and killed her. This incident has pained netizens Worldwide, and they are seeking justice for the deceased girl.

Family outcry and social media campaign for justice has reopened this case,  and it appears that, finally, Shanquilla will get justice. Are you satisfied with police action in Robinson’s death case? Please Comment.

Q.1   Has any arrest been made in the Robinson homicide case?

It appears that one arrest has been made in this case.

Q.2   How old was Shanquilla Robinson?

Robinson was a 25-year-old businesswoman.

Khalil Cooke is a close family friend of Shanquilla Robinson.

Q.4    What are the names of the six friends that accompanied Shanquilla on the Mexico trip?

Q.5    Who is the prime suspect in the Cabo murder case?

Daejanae Jackson is the prime suspect in the Cabo resort murder case.

Shaquilla Robinson Update post found no evidence that suggests that Jackson is transgender.

Q.7   What is the name of Shanquilla Robinson’s mother?

Salamondra is Shanquilla Robinson’s mother, and she played a pivotal role in reopening the death case.