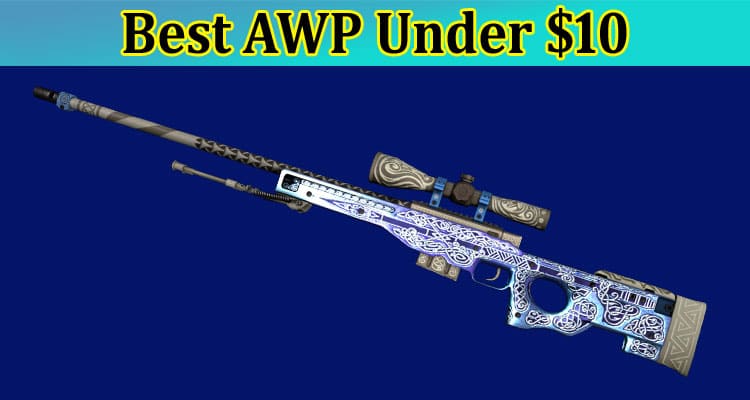 AWP | Mortis is a unique skin in Counter-Strike: Global Offensive that has no analogs. It looks extremely specific and immediately catches the eye when someone plays with it. What is its feature? Mortis is both a very chaotic and orderly skin. Plus, it is exclusive to the AWP, which is also the coolest weapon in CS:GO. The body of the sniper rifle has a design inspired by the Death tarot card. Besides, AWP | Mortis is definitely an unsurpassed leader in its price category. Let’s have a closer look at this skin.

AWP Mortis was released on 15 February 2018, in the Clutch collection. The style of the pattern is called gun-finish, and there is the following description for it: “Every end is a new beginning”. The description is just in the spirit of this skin! Overall, the skin is made in beige and red colors with black and white elements. As a result, AWP Mortis has unusual combinations of colors and fascinating, attractive, and mysterious drawings. The butt of the AWP | Mortis has an image of death with a human skull instead of a face, which is crowned with a wreath of thorns. Next to this image are many golden stars.

Just below the sight, there is the skeleton of an ancient dinosaur with a long neck and empty eye cavities. The Roman numeral XIII is scratched in several other places on the weapon, which makes the skin even more mysterious. Also, various elements are randomly located along the entire body, the form and meaning of which can only be guessed.

In general, the AWP | Mortis looks very mysterious and even frightening. You can look at it for a very long time and constantly find new elements: there are so many things there. You can see a certain concept that makes the skin so stylish and unusual. A huge advantage of the AWP | Mortis is that it doesn’t look worse in Field-Tested quality. The design, of course, deteriorates a little, but the colors are practically the same. Everything also looks cool if you take a brand-new model.

AWP | Mortis with the StatTrak feature has a small LED panel with numbers on its body. These numbers represent the number of kills made with this weapon throughout all games. Killing bots (even the hardest ones) does not count as kills, so their death will not increase the number on the LED panel.

If the weapon is sold to someone else, the counter will immediately drop to zero since it is your kills that count (these numbers are attached to your profile). By the way, if the number of kills exceeds 999,999, the counter will also be reset to zero. However, the number can be seen in the description of AWP | Mortis in your inventory. Keep in mind that in the player’s inventory, weapons with the StatTrak option are orange.

In general, AWP | Mortis with a StatTrak counter can only be obtained in two ways: found in a collection case or bought on the marketplace. However, please keep in mind that it drops out extremely rarely from cases. The price of AWP | Mortis is based on a platform’s sales. It directly depends on what price the sellers determine for the skin. Therefore, the price can change significantly from day to day. However, the better the quality of the skin, the higher its price. This is a normal practice in pricing CS:GO skins. Today, the price on DMarket fluctuates between $2–6 for the basic version and $5–14 for the StatTrak version. Also Read – Daniel Tibia Death-What Is The Crime Scene