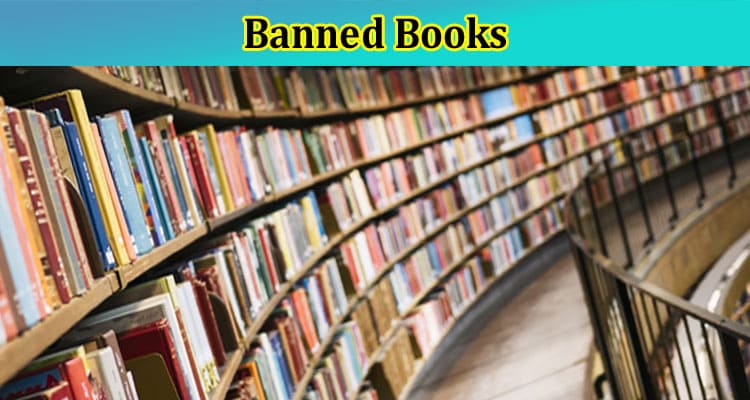 There are many banned books published every year. Some are classics like “1984” by George Orwell, but some get banned as they are published and hit the top ranks each year. For the year 2022, there were more than 1,600 books banned, just from school libraries. A total of 138 school districts across 32 states banned over 1,000 books. Some books were even burned or destroyed.

Instead of looking at the commonly banned books, let’s look at the books banned most in 2022 alone. You may be surprised by the results.

With a whopping total of 41 bans, “Gender Queer: A Memoir” was the most banned book in the US in 2022. The author wrote a memoir of their life to try and explain what it means to be both nonbinary and asexual. Not only is it a story of their life, but it helps people who are trying to understand themselves.

The book was released in 2019 and has been constantly banned since then. Most of the reasons behind the bans are graphic images of the author exploring their sexual side.

Yet another one focused on gender and sexuality, “All Boys Aren’t Blue” is a series of personal essays that explore the author’s childhood through his college years in New Jersey and Virginia. George M. Johnson is well-known as an LGBTQIA+ activist, and they show it clearly in their book. The book is often described as a “Memoir-manifesto” and is written with queer and black kids in mind.

“Out of Darkness” by Ashley Hope Perez

“Out of Darkness” is a book focused on a romance that was forbidden in 1937 in Texas due to segregation. The book was banned 24 times in 2022, which puts it just a little behind the previous book on this list.

The romance was between a Mexican-American girl and a black boy. The book is full of sexually explicit content, violence, and racism that both the main characters face.

“The Bluest Eye” by Toni Morrison

“The Bluest Eye” is another banned book that focuses on race and gender while also looking at classism. Toni Morrison manages to broach the subjects with grace and tact, despite their sensitive nature, but that didn’t stop the book from being banned 22 times. The book focuses on an 11-year-old black girl in America who spends her days praying for her eyes to be blue so she can fit in and be beautiful.

The book is full of sexually explicit details, graphic descriptions, and language. It was also banned for having an underlying socialist-communist agenda. This book was published in 2007, but it is still getting banned.

“The Hate U Give” by Angie Thomas

Banned 17 times, “The Hate U Give” is a book that explores police brutality, bias, and racism. The story focuses on a black girl who attends a private school full of mostly white and elite students.

It was adapted into a movie with a powerful message, but that didn’t stop it from landing in the 8th spot of most banned books in 2017 when it was published.

“The Lawn Boy” by Jonathan Evison

Tied with “The Hate U Give”, “The Lawn Boy” was also banned 17 times in 2022. This book is semi-autobiographical and is about a boy trying to overcome the hardships he faced growing up. The author, Jonathan Evison, was sent death threats over his book.

The book was banned due to homoerotic content. During a flashback, the main character recalls a sexual encounter with someone of the same gender when he was younger.

“The Absolutely True Diary of a Part-Time Indian” is a story that focuses on race and perception. It is a story about a Native American who wanted to be a cartoonist and left his reservation to attend a white school to try to make something out of his future.

Like the previous book, it is semi-autobiographical and was banned 16 times in 2022. Some reasons it was banned include its focus on bullying, alcohol, sexuality, profanity, and slurs. Despite its dislike in schools, it did receive a National Book Award in 2007.

“Me and Earl and the Dying Girl” by Jessie Andrews

Breaking away from race, gender, and class issues, “Me and Earl and the Dying Girl” was banned 14 times in 2022. The reasons were its focus on death, drug use, and sex. It focuses on the story of two high school friends who make friends with a girl dying of cancer.

The story is heartbreaking and unforgettable but, apparently, considered too much for children despite being focused on high school students. Despite being banned, many people expect it to be an instant classic.

If you are starting to have the desire to pick up a new book, we don’t blame you. If you live in a big city, don’t worry about having to walk or take several cars to accommodate your whole group. Instead, look at getting transportation with group transportation New York. That way, you and your whole crew can pick up new books at a local bookstore or go to a local library.