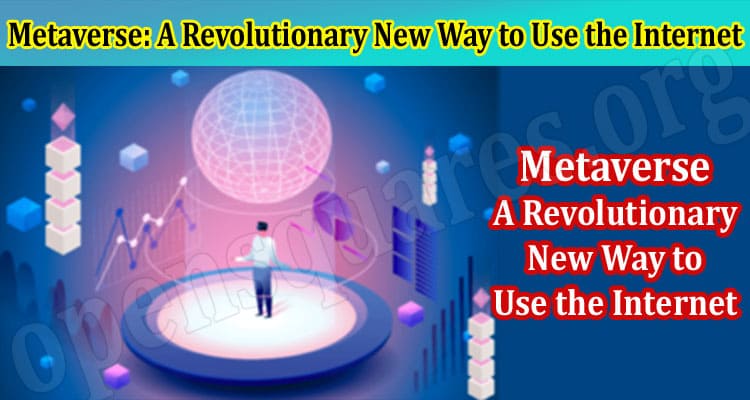 In recent years, there has been a growing interest in the potential of virtual reality (VR) and augmented reality (AR) technology to change how an individual interacts with the world. The metaverse is already being billed as a revolutionary new way to use the internet. According to its creator, it is a virtual world modeled after the natural world and populated by avatars, which are digital representations of real people.

Crypto has become the logical choice for financial transactions in the metaverse because it’s decentralized and can be traded easily. It has already been adopted as a means of payment by the gaming community.

This article will help you learn about the metaverse and understand its potential implications for the Future.

What is the Metaverse?

In the metaverse, people can connect with each other and with digital objects similar to the real world. However, there are some differences. For one, it is an entirely virtual world that exists entirely online. This means that people can visit any location without physically traveling there. Additionally, it is not constrained by the laws of physics, which means that people can fly, teleport, or perform other feats that would be impossible in the real world.

It is also a social platform where people can interact with each other. They can chat, play games, work on projects together, and even go on virtual dates. The possibilities are endless.

The world of video games is becoming more and more immersive. There are multiple metaverses, but some that stand out as being particularly famous or popular include ‘SAND’ – Sand Box, ‘ATLAS’ : Star Atlas,  and Decentraland (MANA).

With the play and earn model, gamers can earn crypto by playing their games. More number of plays can be enjoyed at the same time players can earn more rewards. The crypto world has been made more accessible with these new game tokens. They can be used in-game and traded on centralized or DeFi exchanges for digital money and other assets like cryptocurrency, making them valuable outside the gaming ecosystem.

What Role Does It Play in the Crypto world?

The metaverse is a term coined by Neal Stephenson in his 1992 science fiction novel Snow Crash. It refers to a virtual reality world created by humans and exists independently of the real world.

The term “metaverse” is now being used in the cryptocurrency world to refer to a decentralized, virtual world that runs on blockchain technology. It is a place where people can create their avatars, buy and sell virtual property, and use digital currencies. It is also a platform for creating decentralized applications (dApps).

It is a distributed ledger that records all transactions publicly and immutable. One can often think of a decentralized virtual world, but it is much more than that. It is a way to decentralize the internet and create a more open, transparent, and secure online world.

If you are interested in the crypto world, you need to learn about the metaverse. It is a revolutionary new way to use the internet, and it is changing the way you think about online interactions.

NFTs in the Metaverse

Non-Fungible Tokens (NFTs) are digital assets that represent real-world objects. They are unique, and they cannot be replicated. They can represent anything from digital art to in-game items. As per a recent report, the NFT market will grow to $250 million by 2025.

They are a big part of the metaverse, and they are changing the way people think about digital ownership. In the metaverse, people can buy and sell NFTs just like they would any other asset. They can be used to represent virtual property, and they can be traded on exchanges.

How is it shaping the Future?

Did you know that the internet is changing? In the past, it was used primarily for information gathering and sharing. However, now it is being used for much more. The internet is now being used to create and interact with each other in a virtual space- the Metaverse.

Businesses are noticing this trend and starting to explore the possibilities of the Metaverse. For example, Coca-Cola has created an avatar-based game called “Aura” that allows people to interact with each other in a virtual world. It is a way for Coca-Cola to connect with its customers in a new and innovative way.

Another example is Facebook. It is working on a project called “Facebook Horizon” that will allow people to explore, play games, and interact with each other in a virtual world. This is just the beginning of how businesses use the metaverse to connect with their customers.

Although it is still in development, the potential of the metaverse is clear. It can change the way people use the internet and eventually replace traditional web browsing.