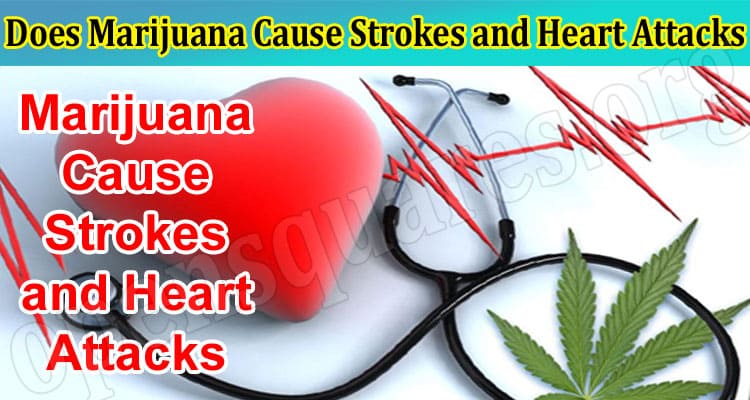 The pace of marijuana legalization is rising. Weed fans in 18 states have no problem going to their local dispensaries and obtaining their favorite weed, like, for instance, the Layer Cake strain, for medical purposes or recreational pastime. But is the weed’s increasing presence in American lives cloudless and harmless?

Experts agree that marijuana’s impact on human health is far from well-researched. One of the reasons for the lack of sound evidence is the long-standing bias and prejudice against weed as an illegal drug. Now, times are changing, and the therapeutic effects of weed are increasingly recognized, giving users more peace of mind and confidence in use.

Still, smoking cannabis involves inhaling carcinogens, just like smoking a cigarette. Weed makes your heart beat faster and quickly increases your blood pressure, so it’s impossible to ignore the weed’s effects on heart health. Putting aside all stereotypes, we present a detailed review of weed’s cardiovascular effects to show what heart health risks it bears.

Weed is highly similar to tobacco in its cardiovascular effects. This impact is explained by the dominant method of weed use via burning it and inhaling the smoke. Here is what science says about the risks of smoking weed for your heart and vascular system:

This disease was first diagnosed and clinically described in the 1960s. It manifests itself with symptoms similar to those of thromboangitis obliterans disease. In other words, it is a complex of arterial pathologies mainly observed in young stoners. The condition is often accompanied by vascular inflammation, lower limb arteriopathy, and even necrotic lesions.

The early red flag of cardiovascular problems among stoners is the presence of vasospasms. They usually precede more serious CVD issues and result from the THC’s ability to cause coronary vasospasm-induced cardiomyopathy. These changes are associated with marijuana’s effect on the autonomic nervous system; its dysfunction can initiate vasoconstriction cycles and vasodilation – the primary causes of vasospasm.

Weed causes thrombosis, though there is still little clinical evidence to explain this phenomenon. The 2004 study by Deusch et al. demonstrated the presence of CB1 and CB2 receptors on the platelet cell membranes. These findings indicate the THC’s ability to act directly on platelets and activate the clotting process and subsequent thrombosis.

Another suggestion for the THC-thrombosis relationship is the inflammatory effect of THC on the arterial walls. This effect becomes pronounced right after the weed smoke inhalation, causing oxidative stress in the cardiovascular system and resulting in endothelial erosion of blood vessels in the long run. All these processes cause thrombosis as the end result of regular weed smoking.

The inflammatory effects of THC on the blood vessel walls cause a cascade of adverse cardiovascular effects ending with an atheroma. Since both the cardiovascular and pulmonary systems of the human organism have many CB1 and CB2 receptors, regular weed intake is thus associated with atherosclerosis progression.

Besides the risks of inhaling the smoke of burnt weed or consuming the pro-inflammatory THC via extracts or edibles, stoners may be exposed to indirect, lifestyle-related heart health risks. Here is an algorithm for cardiovascular risk increase across time:

Thus, as you can see, weed consumption comes with many non-evident health risks you may not even recognize at first. Taking this evidence into account, stoners should be extra careful in determining the weed dosage and regularity of its consumption. It’s also vital to buy weed from certified dispensaries, ensuring that the pot you smoke is pure and free from hazardous pesticides.