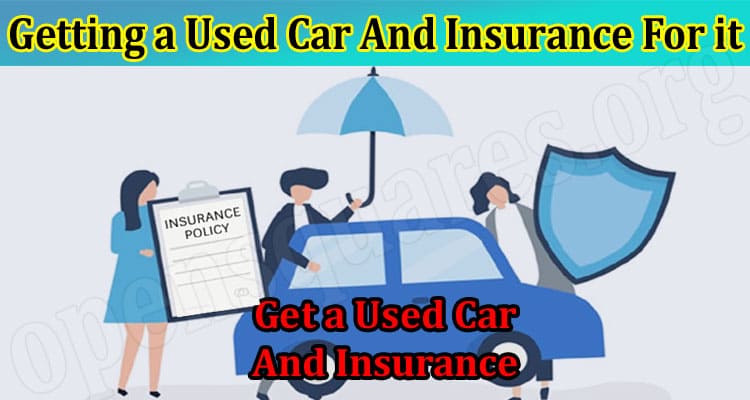 Getting a Used Car And Insurance For it: There are two major things to think about when buying a used car –being sure that you aren’t being ripped off with a subpar vehicle and that you are able to get car insurance for it in order to drive it legally. The good news is that the former needs more attention than the latter because the car insurance process for used cars is the same as it is for any other car. This post gives you the best of both worlds as it covers both good used car shopping habits and how to find the most suitable and affordable car insurance for it.

Ways You Can Get a Used Car

The two most common ways to get a used car for much less than a brand new one are directly from a private seller or through an auction –both of these come with their own stipulations. As a buyer, it’s important to know your rights to a functional product as you were promised. There is also the matter of making sure where you are getting it from is trustworthy. Auctions tend to be the more risky transactions since the same protections from an individual trader aren’t offered by them. When looking for a seller to buy a used car from, try to look for:

Looking for reputable private sellers is half the battle; the other is making sure the used car checks out. Used cars are typically already registered, so you will need the corresponding information that should be included with the car when you buy it:

Getting a Used Car’s History Checked

Unfortunately, it isn’t uncommon for private sellers to forge a car’s record and history. They can omit serious details like accident, criminal, and repair instances. This can come back and seriously harm you in the near future. There have been cases where stolen cars have been sold under the guise of used cars. That’s why it’s important to get a background check on the car beforehand. These can be done privately and costs a maximum of £20. These checks can tell you the following about a used car:

Getting Car Insurance For a Used Car

Select then finalize your car insurance – From here, it’s a matter of making your first payment and finalizing your car insurance. A benefit to used car ownership is that its insurance rates won’t be as high as new ones, as previously mentioned.