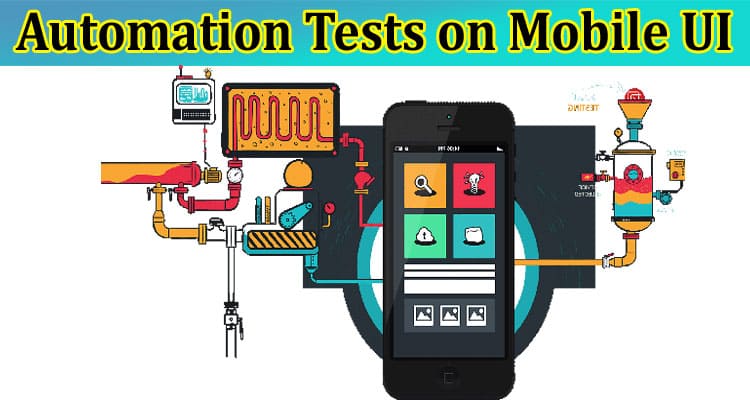 It is essential to test user interactions to avoid giving users a bad experience or unexpected outcomes. It would help if you created user interface (UI) tests often to ensure that your app’s UI is always operating as expected.

A human tester can execute a series of tests on the target app to ensure it is working appropriately, which is one method of UI testing. However, manual testing is tedious and can lead to mistakes. Writing your UI tests in a way that automates the execution of user activities is a more time- and effort-saving strategy. Automated UI testing procedures ensure you can execute them without fail and with minimal downtime.

Launching an app and simulating user interactions is how UI testing determines whether or not the app behaves as expected. There are many different kinds of integration tests, from those that check the functionality of a single component to those that simulate a whole user journey. They are handy for finding bugs and ensuring that your app works with various API versions and hardware.

Hundreds of new mobile apps, for both Android and iOS, are created every day, demonstrating the rapid expansion of the mobile app industry over the past few years.

Because it checks and double-checks the app’s general functionality and eliminates the mundane tasks usually performed by manual testers, organizations regard mobile app test automation as a crucial component of the software testing process. Also, since the user interface (UI) is where most users would interact with a mobile app, it is where most automated testing will focus.

The necessity for mobile app automated testing is evident for several reasons:

It offers a wide range of test cases to ensure the correct operation of mobile apps. It allows for a more comprehensive set of tests, leading to higher-quality output.

Not only does it cut down on the need for human testers, but it also saves money. If everything is in order, this can cut down on testing time. And because you can see automated testing results almost immediately, it’s a great fit for agile teams.

Compared to manual testing, it results in fewer errors during test execution. Even as you run pre existing automated tests, you can add new ones.

Establishing the scope of the automated tests is necessary before selecting which features of the mobile app you should automate initially. Think about which tasks you could automate the most.

While performing UI testing on a mobile app, it is vital to check several different things, including the following.

Multi-touch: There should be extensive testing of multi-touch gestures like pinching and swiping to ensure they work properly in the application.

Screen Size: Keep in mind that the display size of a smart device might vary widely, so it’s essential to check that all of the screen’s elements are correctly aligned and visible.

Color & Theme: While the appearance of the app’s user interface (UI) and chosen color scheme may vary from one mobile device to the next, they must be the same across all devices. When testing an app, it’s important to check more than just the text size and color.

UI Elements: Headlines, text fields, buttons, icons, photos, checkboxes, and more are all examples of UI elements you test for appearance and size on the screen.

An appropriate framework for automated mobile testing is crucial for a successful automated process. Some of the most well-known open-source automated UI testing frameworks, all of which have robust and engaged communities behind them, are as follows:

Appium: Appium is a free and open-source UI testing framework that works with both native and hybrid apps, as well as mobile web apps. It does not need access to your source code; you can use it to generate a single test script that you can run on many systems.

Appium’s weak point is its time-consuming configuration for iOS and Android and its lack of gesture capabilities.

HeadSpin: HeadSpin is a software testing platform that uses AI testing to help provide comprehensive solutions. The HeadSpin AI gives users actionable insights that they can use to build better apps. HeadSpin lets its users access real, SIM-enabled devices to perform tests and get accurate results.

Espresso: Espresso is Google’s UI test framework for Android. Developers can perform black-box testing with Espresso by writing UI test cases. Your teams can easily learn  Espresso, and if you know how to read code, you can easily change it to fit your needs. It gives much information for debugging when something goes wrong and works with all API versions.

Espresso has a limited amount of documentation and has a small community that does little.

Open-source test frameworks are challenging to learn, despite giving excellent control over the test script. These tools may require the expertise of a test automation engineer.

There is little doubt that UI testing is necessary for all mobile apps, but the extent to which you perform it varies significantly by the kind and scope of the app in question. High adoption and use rates result from a well-designed and intuitive user interface and user experience.